Uniform Manifold Approximation and Projection (UMAP) is a technique for visualizing the embedding representation of a dataset using dimension reduction. It has many similarities with t-SNE as well as some very critical differences that have made UMAP the preferred choice for dimension reduction for many practitioners.

In the optimization phase of the algorithm, the creators of UMAP made some design decisions that played a crucial role in its great performance, including: UMAP uses cross entropy as loss function, while t-SNE uses KL divergence; and UMAP uses stochastic gradient descent to minimize the cost function, instead of the slower gradient descent. SNE vs. t-SNE vs. UMAP: An Evolutionary Guide 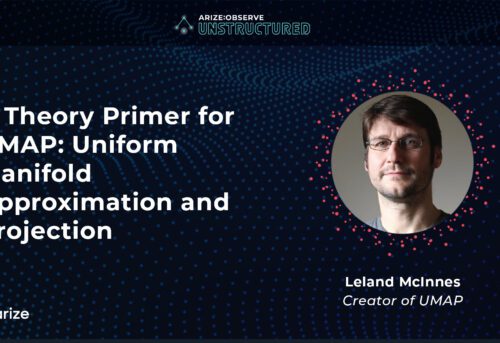