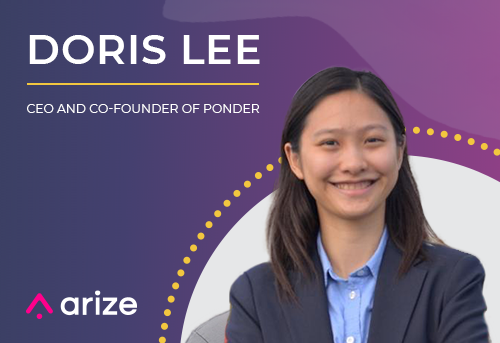 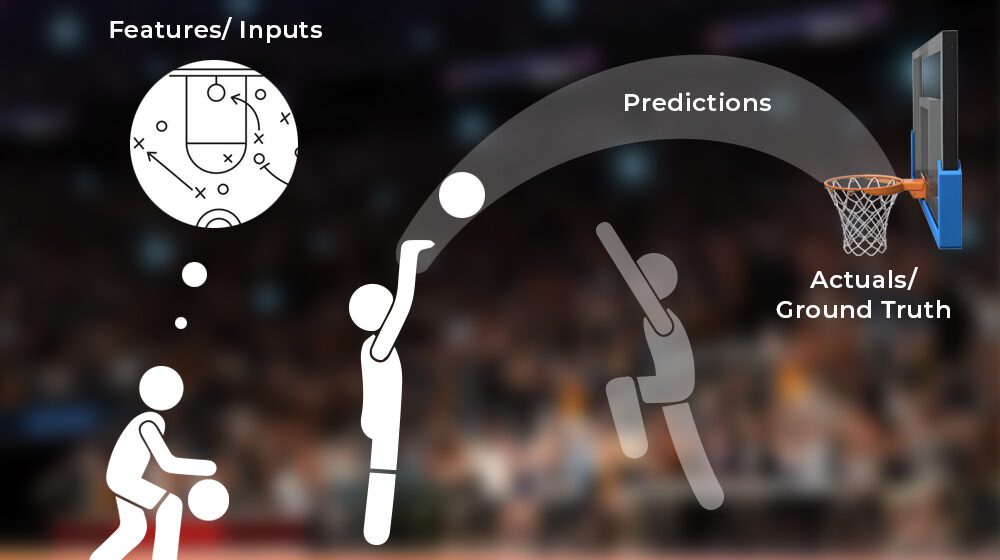 When I Drift, You Drift, We Drift

In the latest edition of “The Slice,” a blog series from Arize that explains the essence of ML concepts in a digestible question-and-answer format, we dive into different types of drift – including concept drift vs data drift.

When data science and engineering teams take a machine learning model from research to production, it is impossible to tell how it will perform in the real world. Teams are in the dark on whether their models will perform as expected in training or if the model’s performance will start to degrade in response to changing environments. As machine learning (ML) models become increasingly complex, it is imperative for ML teams to utilize state-of-the-art ML observability tools in order to troubleshoot, triage and resolve issues in production environments. Without an ML observability platform in place, it is very difficult to diagnose production issues that are causing a negative impact on your model’s performance, especially if that model doesn’t get ground truths back for a set period of time. In this blog, we investigate the root causes of data and model drift in order to mitigate the impact of future performance degradations.

Let’s imagine you are a machine learning engineer at a large cable and internet service provider and it is your job to write an algorithm to predict how many customers will churn next month. In order to create this, you will need to train a regression model that will take in user and product features and predict a score (or likelihood) that a customer will terminate service. If you run this model today, you will have prediction scores for the next month as well as a decision on whether or not the customer will churn based on a score threshold (likelihood > 70% gives label = ‘churn’) but you will not have the ground truth of whether the customer actually churned until the end of the month.

So what can you do in the meantime – and what can potentially happen in that month? Let’s investigate…

During the next 30 days, you are unable to have a clear and complete understanding of how your model is performing since you cannot compute success metrics until the results come back at the end of the month. However, you are not without tools to use as a proxy for performance. In addition to monitoring your data quality, you can also gain insights by monitoring for drift.

What Does Drift Mean In the Context Of ML Observability?

Drift is calculated by comparing two distributions over time. These distributions can be from training, validation or even production data. We quantify drift by measuring the distance between various distributions. When these distributions start to diverge, it results in various forms of drift. Ultimately, when models drift due to changes in the environment it is likely to indicate a degradation of a model’s prediction power over time. While this blog does not discuss how drift is calculated, those interested can consult Arize’s paper on Using Statistical Distances for Machine Learning for a deeper dive on the topic.

What Is Model Drift?

Model drift refers to a change in what the model is predicting today versus what it has predicted in the past, or a drift in the model’s predictions. For example, maybe this month your churn model starts to predict a higher churn of your customers than last month (without changing the model offline). While model drift specifically refers to a drift in the predictions, model drift or model decay generally also refers to when your model gets worse at making correct predictions from new or incoming values when compared to its prediction power pre-production. Here is a fun way of visualizing this; let’s imagine a basketball court where: 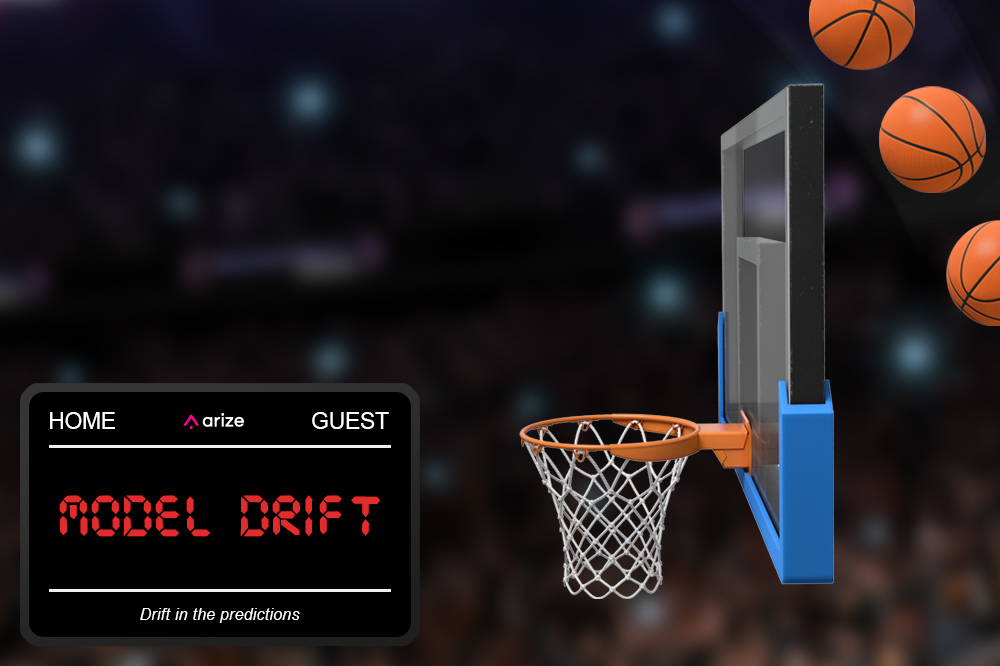 Model drift (drift in the predictions), then, would be the trajectories overshooting their target, like how our churn model might overshoot the monthly churn prediction of customers. In other words, model drift turns three pointers into balls that sail over the backboard.

Some ways to combat model drift include retraining a model with additional data or replacing the model, but the first method to resolve model drift is to diagnose the cause and type of drift. Since there are several categories of drift, it’s worth diving into each. 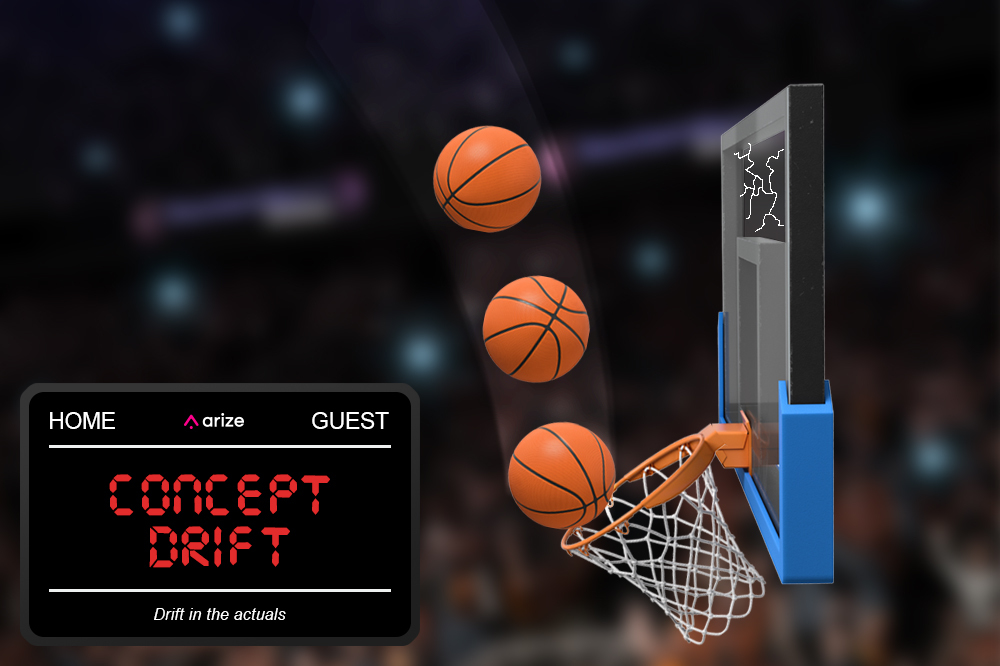 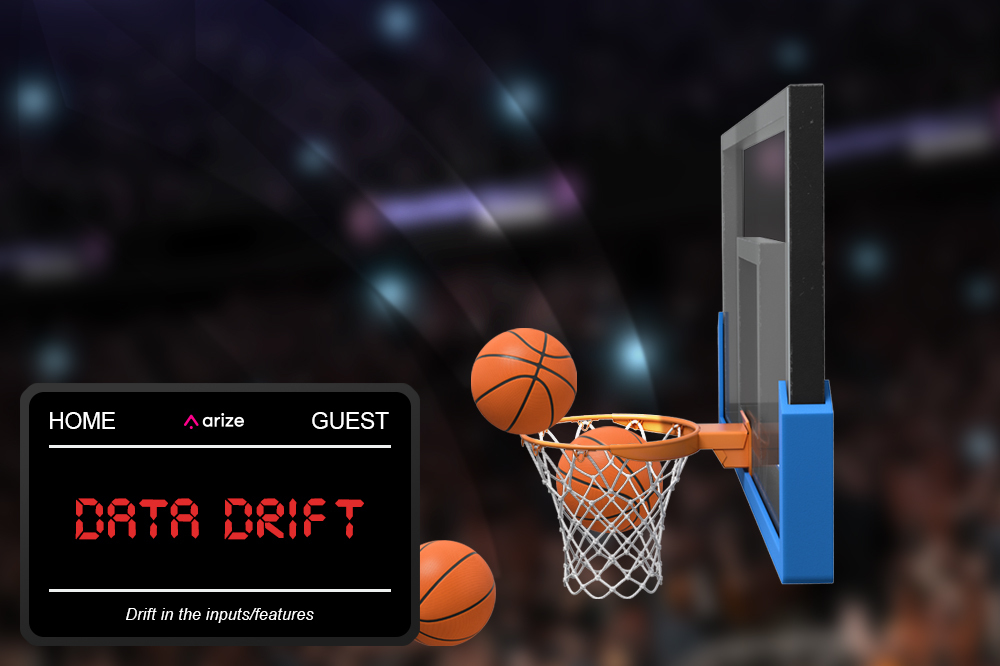 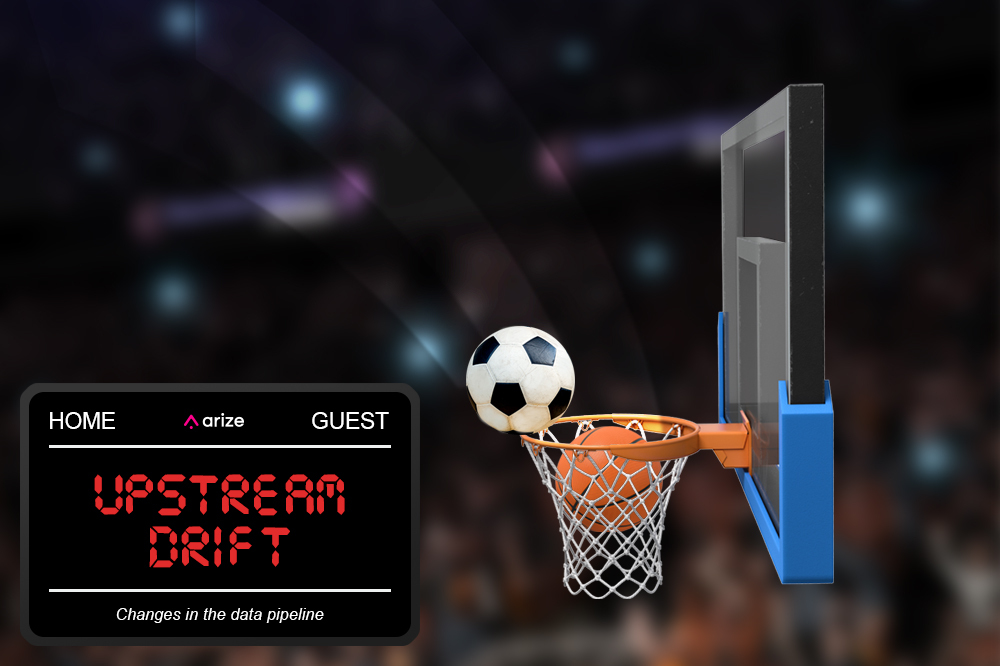 Now that we understand the various forms of drift, it’s important to understand how to track this in your models. So let’s revisit the question: “what can you do in the meantime while we wait for actuals?” We now know that we must troubleshoot the various forms of drift and resolve accordingly in order to optimize our model performance, mitigate the impact of future performance degradations and ultimately improve the business KPIs and reduce customer churn.

In practice, this often follows a four-step process:

See “Take My Drift Away” for a deep dive on how to measure and fix drift in your machine learning models.

Arize is an ML observability platform that helps ML teams better manage model performance, monitor drift and ultimately troubleshoot and resolve issues in production. If you would like to test Arize for monitoring drift in your use cases, please request a trial here.